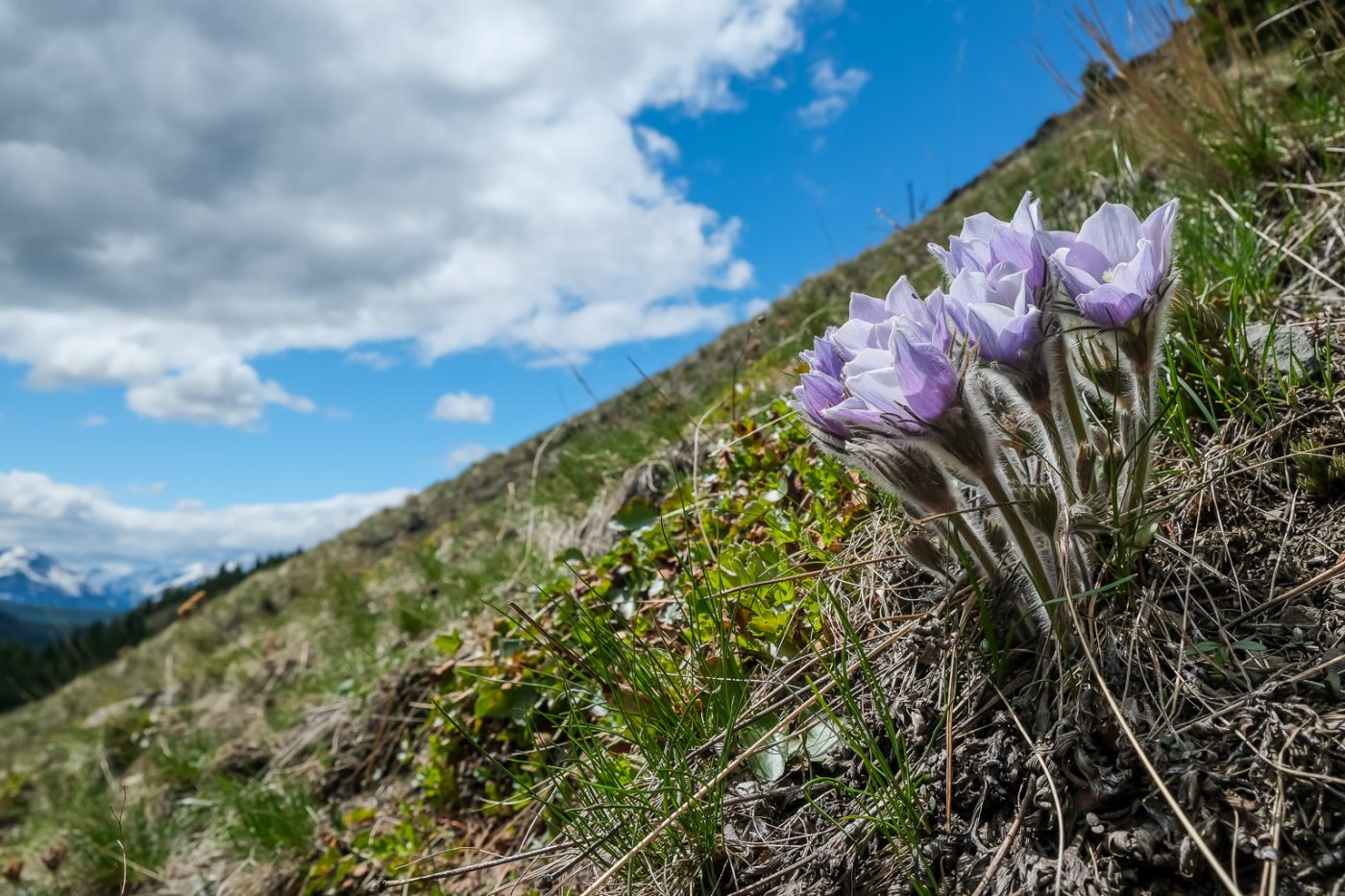 Warning: array_merge(): Expected parameter 2 to be an array, null given in /home/customer/www/explor8ion.com/public_html/wp-content/plugins/photonic/Modules/Zenfolio.php on line 1122

Warning: call_user_func_array() expects parameter 2 to be array, null given in /home/customer/www/explor8ion.com/public_html/wp-content/plugins/photonic/Modules/Zenfolio.php on line 1122

Some days I have no idea what’s wrong with me. On the drive home from yet another spring of 2020 foothills peak bagging party on Saturday May 23 I had ZERO desire to be back on hwy 22 for yet another day of hiking the next day. I just wanted to sleep in and relax on a beautiful sunny Sunday morning. Yeah right. THAT obviously wasn’t a thing! :O I woke up Sunday morning around 06:00 with the sun shining brilliantly in a blue sky and the birds telling me to get my lazy ass off the proverbial couch. I sighed deeply and hobbled to the bathroom to get ready – but if I’m honest about it I was excited for a gorgeous day after the rather grey and wet affair the day previous. Today’s edition of what Dave Salahub calls “foothills whack-a-mole” was going to involve a trek up Ginger and Maverick Hill and end with a hike up Carbondale Hill to the fire lookout. Sonny Bou had just published a legal route up Ginger and he included a traverse to Byron Hill but I figured Byron was a good candidate for a snowshoe next winter from the north side and happily left it for another day.

Although I was looking forward to hiking under a brilliant blue sky I was less than thrilled with driving solo all the way down hwy 22 yet again, especially with the ongoing construction that’s in the way until July. Oh well. I picked up an extra large (1 cream, 1/2 sugar) and settled into things. As usual it wasn’t that bad and by the time I was turning off hwy 3 south down hwy 507 towards Napay (6-5) Road I was in a pretty darn good mood. I have never driven up the Carbondale River before and I have to say it’s a very special area tucked in between the Blairmore Range to the north and the Clarke Range to the south. The Flathead Range marches fiercely to the west and north of here. There are a number of gravel roads in and out of the area and they are all in various conditions of repair. For the most part a 2 wheel drive vehicle can navigate anywhere as long as it has good shocks and enough clearance. I would not recommend a non-4×4 after a rainfall or if there’s snow at the road level. Napay Road is a narrow and winding access road from hwy 507 that eventually runs into Adanac Road connecting to the town of Hillcrest or the Carbondale Road, connecting to the Castle area. I was surprised how small Napay Road was and I’m not sure there was enough room to pass a large vehicle along sections of it! I greatly enjoyed the morning atmosphere as I drove the 14km down the road – all by myself with wild turkeys, deer, brilliant patches of shooting star wildflowers and the wild Carbondale River far below in a valley exploding in fresh greenery. When I arrived at the turnoff to a Shell gas plant I spotted another truck that looked a lot like Matt Clay’s vehicle. I figured he was taking advantage of Sonny’s route on Ginger Hill but didn’t know why he parked on Napay Road rather than drive up the Shell road to a locked gate like Sonny did. I shrugged and drove north on the road for ~700m where I saw yet another truck parked! This was starting to feel like a popular spot now. Oh well – at least someone else was chasing the bears off today. I shouldered my pack and set off up the road as it climbed past the gate – wondering immediately why I hadn’t brought my bike! Next time…

It didn’t take long to meet the owners of the 2nd truck. Two men and a boy walked down the road carrying an assortment of camping gear and weaponry. They were hunting black bear in the area and had seen every bit of wildlife except a bear. We chatted for a bit before I continued up the road on my own. The sun was brilliant and warm and there were carpets of Glacier Lilies on either side of the road which only improved my mood. Today was already a pretty good day and I was only 1km and around 15 minutes into it. Some people might wonder why I still get excited by simple hikes like this, considering some of the more thrilling trips I do. Honestly? You can’t live at 110% all the time and continue to enjoy it – I can’t anyway. Sometimes I just need a stress free ramble in the wild with no fear of death staring me in the face all day. Sometimes I just need to put one foot in front of the other and look over a new river or a new stream or a new set of front range hills that I haven’t laid eyes on before. Sometimes I need to lay on my stomach on an anthill while I try to find a good angle on a wildflower. But that’s a story for another day.

After passing a pair of signs warning of sour gas wells in the area (this area of the Rockies is loaded with sweet and sour gas wells) I came to the cutline that Sonny mentioned in his report. I followed it down towards Ginger Hill. What happened next was puzzling and interesting at the same time. Somehow, with clear directions, a cutline and a GPS track I got hopelessly off track! How the f__k did THAT happen?! I’m still not 100% sure, but the cutline I was on was so obvious and easy that I simply kept marching straight down it, somehow missing another cutline deviating to the right off the one I was on. The abundant wildflowers didn’t help as I kept getting distracted by them as I walked (yes, I’m blaming flowers for getting me lost). About 30 minutes later I had a feeling that something wasn’t quite right. Sonny mentioned an “overgrown cutline” and I was on a very pleasant one. Also, I was getting too high – Ginger Hill is almost lower than the gas plant on the approach road. I checked my phone. Sure enough! I was WAY off track. That couldn’t be right. I shut down my phone and restarted it to make sure the GPS was working. Yup. I opened another GPS app to see what it told me. Same thing. Vern was very clearly on the wrong damn hill. Yikes. It was eyeopening how turned around I got after so many hundreds of hours navigating terrain just like this. There was nothing to do but hike downhill towards a distant Ginger Hill that lay to the SE of my current off track position.

Once I finally got back on track, Ginger Hill was very simple hiking to the summit. Views from the top were respectable for such a small high point. I especially enjoyed the views over Carbondale Hill towards the Clarke Range of familiar Castle area peaks such as Prairie Bluff, Victoria, Table, Whistler, Syncline, Haig and many others. Byron Hill looked a ways off and I almost headed off towards it but then remembered that I had other goals for today and turned back from the very inviting Jackson Creek Valley. I spotted an old cabin nestled down in a lush green meadow along a stream to the north of Ginger Hill and took some telephotos of it. I found out later that Matt walked right by this cabin on route to Byron Hill. (Part of me still wishes I just went for it – but that likely would have cost me Carbondale Hill later in the day.)

On my way back to the Shell gas plant and Maverick Hill I followed the proper cutline which made life much easier. The ground was pretty wet with all the recent rains but the wildflowers were astounding – especially Glacier Lilies and small white flowers that carpeted the forest floor around the cutline. The pungent smell of spring was in the air, giving me tons of energy and a huge mood boost. It’s amazing how I crave that smell by the end of winter every year. As I get older the craving intensifies for some reason. Soon I was pushing my way back up to the gas plant and picking a route up the NE side of Maverick Hill.

My sponsorship tagline is “don’t overthink it” – so naturally I didn’t. Of course this also meant that I started up a brutally overgrown cutline from the gas plant when I probably could have been on clear slopes to either side of it. Such are the perils of not being an over thinker… 😉 I made it up to the summit ridge without too many issues, fighting my way through some “light” willows and alders along the way. A serial hiker and peakbagger has to keep their bushwhacking skillz sharp. It’s a very important part of our toolbox. (Key word in that last sentence might be “tool”.)

I wasn’t thrilled to see a large pile of snow on the north ridge just beneath the summit of Maverick, but neither was I surprised. Thankfully the snow was supportive and before long I was  walking along the summit ridge with more great views over the southern Alberta Rockies and foothills. This was turning into quite the nice day and I was more than happy that I’d kicked my butt out of bed on this particular Sunday morning.

I descended a better route than my ascent line, heading east down to the gas plant and road below. Along the way I walked through acres of Pasqueflowers and enjoyed the smell of the fresh grasses and re-energized foliage all around me.

Neither Maverick or Ginger (or any other front range hill for that matter) will ever provide the same range of powerful physical and emotional feedback that a “real” mountain like Mount Assiniboine or South Twin Peak can provide. But that’s OK. IMHO there is just as much value in a peaceful front range solo rambles where the mind is free to wander along with the butterflies, the bees and the sharp scents of spring as they carry along on crisp front range breezes. I think that in a world that only seems to admire extremes, there is a deep satisfaction in realizing that “simple” is fast becoming the new “extreme” – if only because it seems so hard for many of us to do.